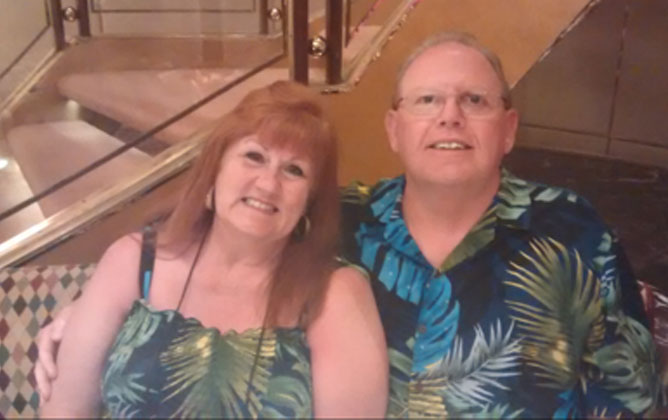 As I sat in my Doctor’s Office waiting room, I thought about why I was there, and would my Doctor think  that  I was imagining the issue that had brought me to his office today.

My wife had been reminding me over and over that my nipple on the left side of my chest was inverted. I had mentioned this to my Doctor in the past, and he had checked out the breast area, checking for lumps, or any thing else that might present itself as a problem. Now three months from my last Doctor appointment, here I was with the same complaint, but now with an entirely different problem and symptoms.

Three days ago, I had gotten up in the middle of the night to go to the bathroom, and had walked into the door, that was partially opened. The pain in my chest was sharp enough, that I gasped, and started rubbing my chest.  My hand immediately froze over the hard lump that I could now feel in my chest. As I massaged my chest area, I wondered what would be the findings from whatever the medical tests my Doctor would now have done to diagnose what I had found in my chest.

The appointment that day was all about the lump, and what tests that I needed to have done. My Doctor started examining the nipple area, and a bloody discharge came out of the nipple that he was examining. This was a new development, one that had not happened before.

By the following week, I had a Diagnostic Mammogram of the left and right breasts, and an ultra sound of the breast area that contained the suspicious lump. The Radiologist met with me, and explained that there were more than enough findings to proceed to a biopsy of the left breast, nipple, and tissues from the mass, and surrounding area. Two days later, I would have the biopsy. Two days after that, I had a diagnosis of Invasive Ductile Carcinoma. The diagnosis that I privately feared had become a reality.

The date was February 18, 2011, a date that as long as I live will be unforgettable.

In the coming weeks, I would go through more testing, Doctor appointments, and consultations with medical professionals. It was decided that I would have a total Mastectomy to remove the cancerous mass, and surrounding tissues. Lymph nodes would be removed as needed if they contained cancer cells.

Following surgery, my Oncologist decided that, based upon lab reports from the biopsy, that I should have the oncotype DX testing done. This test would determine if I would benefit from chemotherapy  treatment. Following the testing procedure, I was informed on my next Oncology appointment that I scored high on the oncotype DX test, and the possibility of the cancer coming back again was very possible.

With that appointment, I agreed to having Chemotherapy treatment done. My Treatment would consist of a treatment every three weeks for a total of four treatments. Listening to the Oncologist describe the process that I would go through, it sounded like there would be nothing to it. Boy was I ever wrong.

I imagined that the treatments would be fairly straight forward, and simple. I guessed that I would show up, have the cancer drugs given to me through an IV, and I would be out the door in no time. Little did I know that there would be at least three or four different medications given to me before I could receive the cancer drugs. I was given two drugs to fight the cancer. One drug was called Taxotere, and the other drug was Cytoxan. While I know that these drugs were being given to me to fight the cancer, I found the possible side effects to be downright scary, to say the least. But no matter, I would do what ever needed to be done to fight this disease. In reality, I really had no other choice but to fight it.

Following my first Chemo treatment, that incidentally lasted more than five hours, I began to feel different inside my body within a short period of time. The difference that I felt, to this day, I cannot easily describe. I began to feel some very weird and strange sensations. My body started to ache, as if I had a bad case of the Flu. I went to bed early that evening, only to wake up with more body aches, and nausea and vomiting. Over the next few days, my body aches got worse, and my white blood cell count got very low. My bones were aching in a manner that I had never experienced before in my life. Within a few more days, I had developed a fever, and had an abscess form on the back of my leg. Soon I was in the hospital, receiving antibiotics to fight the infection from the abscess. I was also given a drug to help increase my white blood cell count, which in turn, helped reduce the bone pain that I was experiencing at that time.

Soon, I would have two more chemo treatments, and even though I did not end up in the hospital after each treatment, I suffered with the side effects of the chemo drugs that I was taking. My hair fell out, I developed sores in my mouth, and I bled from about every opening of my body. My fingernails actually ached! But I knew that I had to hang in there. If I was going to beat this disease, I would have to fight. There was no going back.

Before I knew it, I had my appointment for my last chemo treatment. When it was done, I was very relieved. But within a few days, I developed a high fever, and found myself back in the hospital. This time, an infection had occurred in my port site. After several days of receiving antibiotics, and also drugs to increase my depleted white cell blood count, I was released from the hospital.

Slowly over the next several weeks, I began to feel better. My hair was slowly growing back in, and I did not feel as tired as I had felt. Following the chemo treatments, I was given the medication Tamoxifen, to help prevent a relapse of the breast cancer. I will take this drug for a period of five years. In October, of 2016, the five year period will end. Perhaps I will be done, but I will have to wait and see what my Oncologist wants to do as the next step in my cancer treatment. In October of 2011, and October of 2012, I had PET Scans to check for cancer. Both scans came back negative. That was a huge relief.

To say fighting Male Breast Cancer was an experience is an understatement. There were many days of being on an emotional rollercoaster. At one point I even told my wife that should the cancer return, I would rather die than go through chemo therapy again (once again, I did not mean it. Just the emotions getting the better of me).

The one thing that I did not expect was the number of men, and women who truly thought, and believed that men do not, or cannot get this disease. I hoped that in discussing my illness that I did educate and enlighten. Ignorance and indifference to this disease can, and does kill. Everyone needs to understand that like other cancers, early detection can save lives. I owe a debt of gratitude to my wife, who felt something was wrong with my left breast, and kept after me to have it checked by my Doctor.

So, if you are a man who suspects that you may have a problem with your breast, speak up. Better yet, have your breast checked by your Doctor on a routine basis. And lastly, do a self breast exam on yourself once a month. It will cost you nothing. And it could save you everything.

Your ticket for the: Jeff Pearce