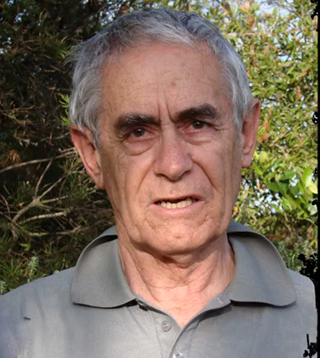 Bloke Gets “Shelia’s Disease”
By Bob Lawton (from Australia)

What was my re-action when I was informed “You have breast cancer”.

Impossible! Men don’t get breast cancer. I found the outcome of all my tests impossible to comprehend.

I had ignored the signs for months- the itchy nipple which was inverting slowly, the occasional white discharge and the soreness. Finally Sue (my wife) almost ordered me to visit my GP.

This was May 2001. The doctor spoke at length about diet and suggested that I watch what I ate because so many additives caused so many problems. I asked (at my wife’s suggestion) for a referral to a specialist.

Four months later I got almost the same response – diet, hormones foods to avoid and so on. Neither doctor (both males) even thought enough to give me a physical. Then luck intervened. On the January long week-end in 2002 Sue and I collided going through a narrow doorway. She had tripped and caught me on the sore spot with her elbow. Boy did it hurt.

The day after the holiday week-end I was at Sue’s GP (a female) She examined me thoroughly and phoned a surgeon indicating that I might have breast cancer. A few days later the surgeon ordered tests. Then followed a mammogram an ultrasound and finally the most agonising of all – a fine needle biopsy. None of these tests was able to confirm issues so there followed surgery and a lumpectomy. That’s when I got the news – You have a very malignant breast cancer. Then followed surgery to remove the cancer and infected lymph glands and a heavy dose of chemotherapy followed up with quite aggressive radio therapy. The whole catastrophe. To say it was the low point of my life is an under statement.

Three things kept me going – the love and support of family and close neighbours, Lance Armstrong’s great book “Its Not about the Bike” and a new dog Meg – bought to keep me company as I struggled to recover from the chemo sessions to get ready for the next. I lost all my hair and to provide some relief I would, when I was up to it, pretend I was Yul Bryner in the King and I and sang my way through the next few months.

During this time I had an amusing encounter – On the second dose of Chemotherapy whilst reclining in the chair a bloke appeared at the door. “Hi my name is John, what’s yours? “Bob”. What are you here for Bob?” Breast Cancer”. Bloody hell so am I. Thank god it’s on the left side because I am right handed.” To which I responded “ Well thank god it’s on my right side because I am left handed.” We both had a good laugh.

A low spot occurred a week later when we shopping. A shop assistant noted my lack of hair and my gaunt appearance and asked if I was being treated for cancer. When I told her that it was breast cancer she asked me the name of my Chemotherapist. When I responded she indicated that the same doctor had treated her. Then she burst into tears. “I could not stand the chemo so gave up the treatment. Now they tell me I have three months to live. We fled from the shop and outside I burst into tears. I told Sue there and then that if the cancer came back in the future I would “Go through all the Shit again. I was determined that I would give myself every chance to beat the Big C.

I had heard all about lymphodema so I rapidly turned in to a couch potato after my retirement. After all every-one knows that removing lymph glands in the arm pit means that you shouldn’t lift a feather. A gain I was so wrong on a fundamental issue in my recovery. The turning point came in May 2007 when I contacted Dragons Abreast Sydney at the urging of Sue, supported by her doctor, who had become my GP after her efforts to discover my problems.

My few years with Dragons Abreast have been fantastic – they even gave me a nick name Bob the Boob (because I only have one boob). I paddled in the Chinese New Year Dragon Boat Festival in 2009 and again this last week-end and met a fellow breast cancer survivor in an emotional meeting with tears and hugs.

Sue and I plan to go to Canada in 2010 and paddle in the World Breast Cancer Survivors Dragon Boat Races.

I have spoken to groups such as Probus and Rotary about cancer. My message to every-one. Guys can get breast cancer. Early detection of any cancer is critical. I now feel that I have an obligation to spread the word about male breast cancer. I was recently interview for the SAN Pink Ribbon Day publicity with a photo taken of me in my Dragons Abreast Pink. The head line in the paper stood out for all to see “Bloke Gets Sheila’s Disease. Did I mind- not at all. As far as I am concerned the more people who hear the message the better.

Without my lucky collision I know that I would not be here to tell my story.

Your ticket for the: Bob Lawton