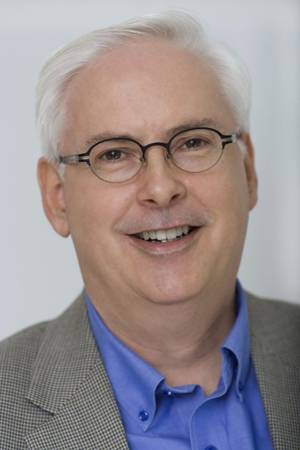 Shocking and unexpected words to hear; “You have Cancer”. Specifically, I have been diagnosed with Men’s Breast Cancer. How could this be? Isn’t this a woman’s cancer? No, its not; men have breast tissue too, just less of it. I soon discovered that any cells in our body can become cancerous. We become aware of certain cancers and the gender relation of these due to advertising, fund raisers, and word of mouth. We are generally unaware of other forms that are not so openly talked about.

I had been driving to a store a month earlier, and suddenly noticed my shirt felt wet, I opened my coat to see a little blood on my shirt. The blood had come from my right nipple. It happened again 2 days later, I decided I should see a Doctor, and went to a walk in clinic. No lump that could be felt, but the clinic arranged for a number of tests, which identified a cyst and a tumour. My family Doctor arranged for a biopsy to be done. It was expected to be benign, so this is what I was expecting when I talked to the Doctor about the results. He was aware of Male Breast Cancer, but had never seen a case of it. I am fortunate the clinic and my Doctor took the proactive steps they did, and diagnosed this so quickly.

Faced with this life changing situation, one takes stock of life’s priorities and has manyquestions. How far along is this? Is this curable or is the prognoses fatal? Why am I not aware this can happen to men? You can easily ask “why me?” and bemoan the situation, but will that change anything? No. What became obvious to me was that I needed to I turn this negative situation into a positive one.

Thus began the journey of this next chapter of my life.

I am now in the beginning phases of trea, and nothing prepares you for the rollercoaster of events about to occur in the cancer treatment process. Thus far, I have met with various Doctors seven times, and have gone through innumerable appointments for tests and procedures. All this occurred during the two months between when the initial incident occurred and the surgery. This led to an inability to make plans for much of anything due to appointments being scheduled, resulting time off work for these, and trying to arrange my work life around the aspect of being off work for a period of time. There is also the uncertainty what else will be found.

My surgery, a modified radical mastectomy, revealed I had Stage II Cancer; it has spread to the lymph nodes. The many test I had earlier indicated the Cancer had not spread. The subsequent pathologists report proved otherwise. This is part of the roller coaster of events that occur with this illness. Medicine is a practice, and false negative reports occur. The best action is to be prepared to expect the unexpected, expect changes in information, get secondary opinions where warranted and share information with others. They will help you learn some of the things occurring. Accept support from others, and be supportive in sharing your experiences, and spreading the word about this cancer.
I am now at the next chapter of this journey; post operative treatment which is Chemotherapy. Radiation treatments are being decided on, because I was caught early enough that this may not be required. I will share the next chapter in this event with you as it unfolds.
Murray Pollard is a businessman, an artist and musician. He is a member of Society of Composers, Authors and Music Publishers of Canada, Canadian Academy of RecordingArts and Science, and past Board member of The Canadian Hearing Society. He volunteers with numerous charitable organizations.

Your ticket for the: Murray Pollard